In this talk I will first review existing units of reuse and techniques for separation of concerns, and explain how programming / modelling language features, in particular interfaces and composition operators, affect the capability of creating units that are both reusable and generic. I will then present the vision of Concern-oriented Reuse (CORE), a novel reuse approach that extends Model-Driven Engineering (MDE) with best practices from advanced modularization and separation of concerns techniques, goal modelling, and Software Product Lines (SPL). CORE advocates the use of a three-part interface to describe a new unit of reuse called concern that spans multiple development phases. The variation interface describes the available functional- and implementation alternatives that the concern encapsulates, and the impact of choosing one over another on system qualities. The customization interface allows adapting a chosen variation to a specific reuse context, while the usage interface defines how a customized concern may eventually be used. I will also elaborate on the support for delayed decision making in CORE, which makes it possible to build reusable concerns on top of other reusable concerns without restricting the lower-level genericity and variability unnecessarily.

Throughout the talk I will illustrate the ideas of CORE on practical examples presented with our software design modelling tool TouchCORE.

Jörg Kienzle is an associate professor at the School of Computer Science at McGill University in Montreal, Canada, where he is leading the Software Engineering Laboratory. He holds a Ph.D. and engineering diploma from the Swiss Federal Institute of Technology in Lausanne (EPFL). His current research interests include concern-oriented software development, reuse of models, software development methods in general, aspect-orientation, distributed systems and fault tolerance. He has co-organized and organized many workshops (15 workshops on Aspect-Oriented Modelling, 6 1-week workshops on Modelling at the Bellairs Research Institute, 4 workshops on exception handling, 3 workshops on comparing modelling approaches), and is actively involved in the MODELS and Modularity:AOSD communities (PC member, workshop chair of MODELS, tutorial chair of MODELS, PC chair of Modularity:AOSD, PC chair of MODELS 2016). 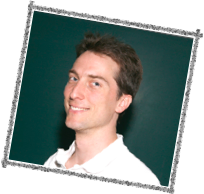